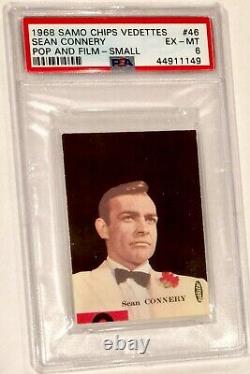 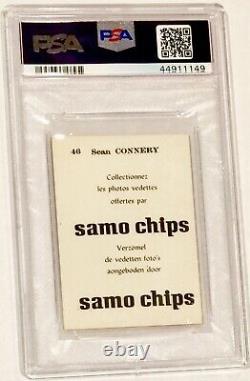 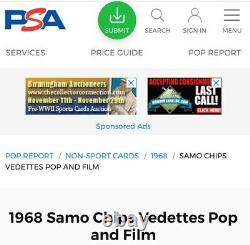 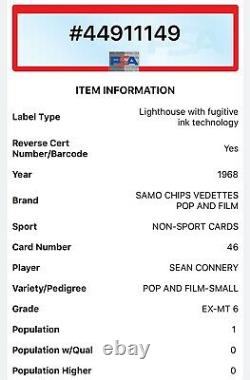 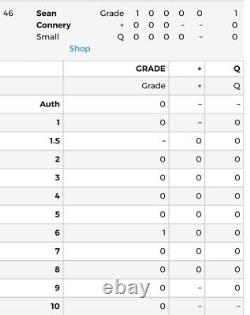 The 1968 Samo Chips (Vedettes Series) Featuring Hollywood Film Star and Academy Award Winner Sean Connery (James Bond) Graded PSA 6! (Incredibly Rare) Virtually Impossible to Obtain. Population 1 of 1-none graded higher. This is The One and Only Example of Sean Connery From This (Super Tough) Samo Chips Series in The Highest Grade. There is no others in existence among psa sgc and beckett combined!

The Card Originates From a Very Limited One-Time Production Featuring Sean Connery (James Bond) Promoting The Samo Casino Chips. Only a limited amount were ever produced and has never emerged in the Collective Card Forum Other Than This Example.

A (Unique) Card of Sean Connery One of The Only to Have Print on The Backside Compared to other cards that are Blank Backs! The front displays exceptional illustration of James Bond with all of its original color and Clarity including a Complete Backside exhibiting all of its Bold Print and Text Completely Present. Photos are shown including the psa population report remaining unchanged through the years on The One and Only Example to Exist!